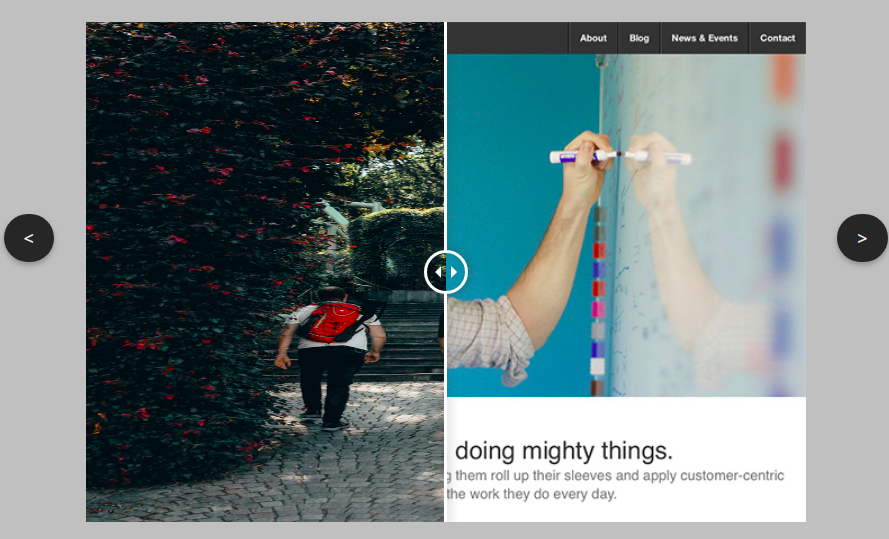 Slider show after and before

In this article, I will talk about a problem I experienced when I was programming a website for a customer. It is a method of displaying a set of pictures(slider show after and before multiple) that the customer wanted to display pictures of me, his work means before work and after work to show the result of his work for his craft.

I managed to reach a good result and meet my need I used jquery and javascript for animate the image and CSS, HTML for designed the model and for slider images before and after it was perfect, but the client has modified a little detail in design and has already become more beautiful, so after this research and development, this script has decided to share with you code source with everything so that it can be developed more and become something free and it will meet the needs of every web developer.